Ecosystem of the Făgăraș Moutains

Forming one of the most spectacular alpine landscapes in the Romanian Carpathians, the Făgăraș Mountains are home to some of Europe’s ecologically most valuable, unfragmented woodlands, harbouring the continent’s most significant biodiversity. In this week’s Field Report, we delve deeper into these vital habitats, what makes them so unique, and the work that Foundation Conservation Carpathia (FCC) are doing to protect them.

Very few places like the Făgăraș Mountains in Romania’s Southern Carpathians still remain in Europe. The unique landscape is made up of sweeping valleys and soaring mountains, lined with rivers and surrounded by the ever-present forest. Due to their size and remoteness, these swaths of old-growth and primeval forest make up some of the most biodiverse and vital habitats in Europe. The magnificent wilderness of the Carpathian mountains are home to large populations of brown bears, wolves, eagles and lynx, as well as thousands of endemic plant species.

With such a unique natural heritage, Romania could become a global leader in biodiversity conservation as well as potential for being the top destination for eco-touism on the continent. However, the integrity of this remarkable ecosystem has been increasingly threatened over the past 20 years after the formerly nationalised forests became privately owned and managed, leading to much uncontrolled logging destroying parts of the virgin forests, and trophy hunting causing havoc to the ecosystem by removing key apex predators from their habitats. Bison for example, until recently, had not been seen in the region for over 200 years.

Creating a ‘Yellowstone’ of Europe

In 1993, Christoph and Barbara Promberger first came to Romania as biologists working on a project to study and protect the large carnivores in these Carpathian forests. When this project ended, the couple were so encaptivated by the magic of the region that they decided to stay and dedicate their lives and careers to protecting and conserving its rich biodiversity. By 2009, the Prombergers, together with a group of 12 philanthropists and conservationists, had founded the FCC, with the ultimate aim of creating Europe’s largest national park – a ‘European Yellowstone’.

“Romania is probably one of the richest countries in Europe: it has all it needs to tackle the challenges we are currently facing in terms of climate change and the loss of biodiversity. We just have to make use of it.” – Barbara Promberger, Co-Founder and Executive Director, FCC

The project aims to protect the remaining wilderness, return any privately managed forests back to their natural state and to re-establish ecologically suitable habitats for key species in the region. Since its inception, the project has purchased over 25,400 hectares of forests and alpine meadows in the southeastern Carpathians for restoration and full protection, with the aim to conserve wildlife and habitats across 200,000 hectares in the future. 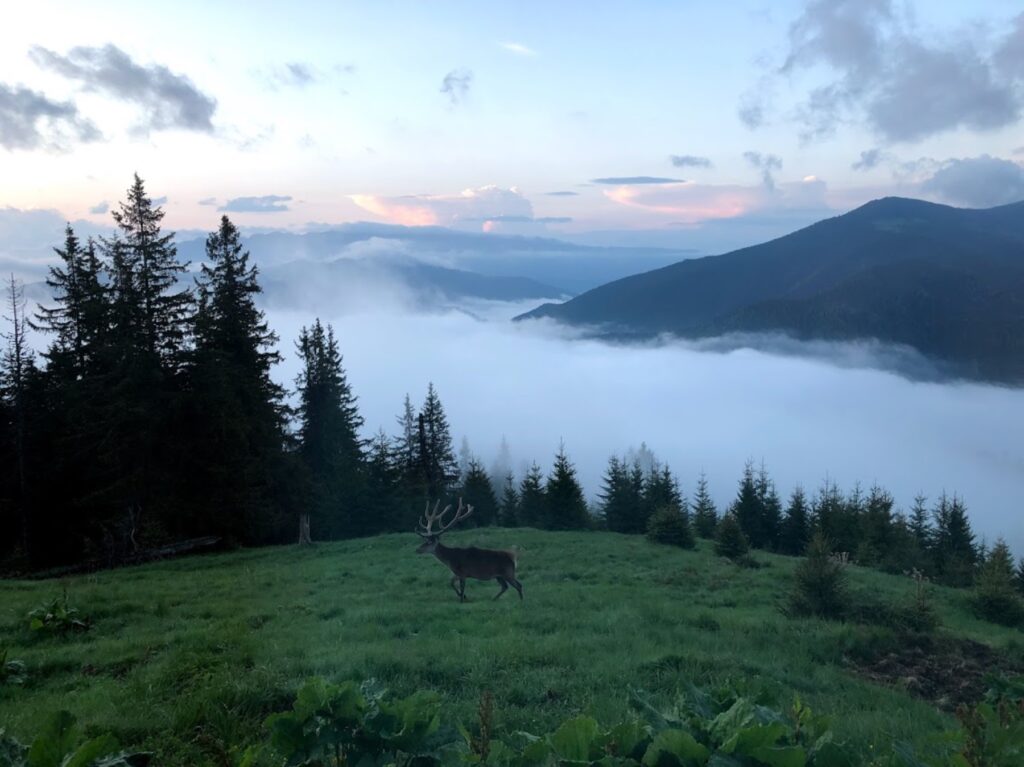 In 13 years, the FCC’s restoration activities have significantly improved the quality of the forests, creating new living spaces for endemic and indigenous species and contributing to a far more balanced and healthy ecosystem. The positive benefits of restoring the forests has extended to the local communities too, with many people joining replanting sessions, forming a new sense of responsibility and pride for their extraordinary forests.

Reintroducing wildlife to their habitats

With the forest restoration projects proving hugely successful, FCC took on the mission to reintroduce bison and beavers to the Făgăraș Mountains in order to fully restore the ecosystem. Bison had been missing in the region for over 200 years and beavers have only been spotted in the north side of the Carpathians, not the south.

Since May 2020, the first eight bison are now roaming freely in the Făgăraș Mountains and the FCC are at the advanced stages of reintroducing more bison, as well as carrying out feasibility studies for two potential new locations.

In November 2021, FCC kicked off activities to bring back the beaver to the beds of the rivers in the area for the first time in 100 years. The presence of the beaver can contribute to purifying and filtering water through their dams, producing sediments and nutritional substances and they enhance the area’s natural richness by creating wetlands, which provide food and shelter for other species of birds, fish, insects, and amphibians. The FCC plans to reintroduce 90 beavers to the rivers Dâmbovița, Argeșel and Râul Târgului, over the next three years in a project financed by the European Commission.

Leading the way in conservation

Creating a ‘European Yellowstone’ is certainly not an easy feat – progress can be slow with many challenges standing in the way. However, through the combined efforts of both the FCC and the local communities in Romania, the mission to conserve, restore and protect these vital habitats for the benefit of both biodiversity and people is proving to be an extraordinary journey, paving the way for other projects around the world.

Join the journey to Carpathia here.

At a Glance: Fundación
Rewilding Argentina

OUR FOCUS - THE IBERÁ NATIONAL PARK:

This extraordinary wetland, the largest in Argentina, is home to 30% of the biodiversity in the country including endangered species such as the pampas and marsh deer, the maned wolf and grassland birds like the strange-tailed tyrant.

In 2005, what was to become one of the largest rewilding programs in the Americas was started, with the goal of restoring keystone species that had been extirpated from Iberá through hunting and habitat loss and were extinct in the region, the Province or, in some cases, the country.

As the rewilding program developed, the cultural identity of Iberá began to recover alongside the ecosystems and natural processes, impacting a total population of 100,000 people who surround the park.

Today, Iberá stands as one of the world’s most successful ongoing conservation missions.