Emilio Donadio is the Science Director at the Fundación Rewilding Argentina and oversees the reintroduction of species in the Iberá Wetlands reserve. Argentina is one of the South American countries which has lost the most wildlife due to deforestation and pollution. As such, it has the unique opportunity to become a global leader in rewilding.

Next month, Journeys With Purpose is hosting a once in a lifetime opportunity to engage with on of the world’s most ambitious projects. We spoke to Emilio to find out more about the mammoth task they are taking on, how things are going, and what’s next for the foundation and the wildlife in Argentina.

How and when did you first discover and become interested in rewilding as a conservation practice?

In 2006, a group of prominent researchers, who were leading conservation science, published a provocative article in the American Naturalist, a top scientific journal. In this article, titled “Pleistocene Rewilding: An Optimistic Agenda for Twenty‐First Century Conservation”, Donlan and colleagues posited that to save extant species of megafauna, the world should consider introducing lions, camels and elephants to North America. At the very end, scientists claimed, very similar species once roamed that continent “only” 10 thousand years ago.

When Donlan’s article was published, I was a PhD student at the University of Wyoming. The article fulfilled its main goal; or what I thought it was its main goal. It had everybody discussing conservation issues and pushed to the very front lines of the press an urgent problem: the biodiversity crisis.

“I understood that rewilding, whatever its form, was making conservation happen by doing.”

The article was soon followed by several others which fiercely criticized the concepts, arguments, and data presented by these conservationists. As far as I was concerned, the article was a little bit off regarding the suggestion of introducing large species of African mammals in North America but had hit the nail right on the head when it came to encouraging being proactive regarding conservation work. I understood that rewilding, whatever its form, was making conservation happen by doing.

I even included a fourth chapter, never published, in my dissertation where I suggested ways to measure the success of reintroductions when it came to evaluating the restoration of ecological processes. I did not know at that time that several years later I would be part of a team leading rewilding efforts in South America.

What was Parque Nacional Iberá like before Rewilding Argentina and Tompkins Conservation started their programme in 2005, and how has it changed today?

25 years ago, Iberá was a degraded wetland, where its grasslands had been severely damaged mainly because of cattle overgrazing and frequent fires caused by ranchers to improve forage quality. At that time and because of such intensive use and management, the Iberá grasslands were short, lacked structure and presented low biological diversity. Moreover, large patches of native forests had been logged, especially the most valuable tree species.

Hunting was also a very important activity, which lacked any sort of oversight. As a result, millions of animals were slaughtered for meat, hides and feathers. Southern river otters, capybaras, pampas and marsh deer, boas, and alligators, among others, were hunted to near extinction. Other species like jaguars, giant anteaters, tapirs, peccaries, giant river otters and red-and-green macaws could not withstand hunting pressure and went extinct. Iberá had been lethally wounded and was bleeding to death.

But then, with the support of Tompkins Conservation and Fundación Rewilding Argentina (formerly known as Fundación Flora y Fauna), the Correntinos decided that Iberá deserved to be protected. Bills were passed, laws enacted and enforced, and the Iberá wetlands began to revive. Cattle, and consequently fires, were removed and hunting halted, which resulted in an astonishing recovery of vegetation and wildlife. Nowadays, grasslands are tall, dense, and home to a great diversity of animals. Patches of forests seem to be expanding their areas. Wildlife species that did not go extinct increased their numbers. And for those species that went locally extinct, there was rewilding, a conservation tool that we are using to bring extinct species back to where they belonged.

What have been the biggest challenges you've faced since joining Rewilding Argentina in 2019?

I have faced two main challenges since I began working with Fundación Rewilding Argentina. The first one is operational. The second one is bureaucratic. Let’s start with the operational challenge, as that is most fun.

One of my responsibilities is to design monitoring plans to evaluate the trajectory of populations of reintroduced species, and the extent to which these species re-build important ecological interactions. I must do this in a way that could be implemented by our staff, who are often overloaded with many tasks. So, the monitoring must be simple but effective and applicable to different species from jaguars to red-and-green macaws. If at this point you are thinking that this sounds impossible, you are right! But, to overcome this problem, I have been trying to group species based on how they could be efficiently monitored. We are trying to monitor anteaters and peccaries using camera traps, pampas deer using transects that our personnel travel riding horses, and red-and-green macaws, bare-faced curassows, giant otters, and jaguars using telemetry. We have also teamed up with researchers from different institutions to develop and implement studies that evaluate the community wide-effects of jaguars and red-and-green macaws. But a lot remains to be done. 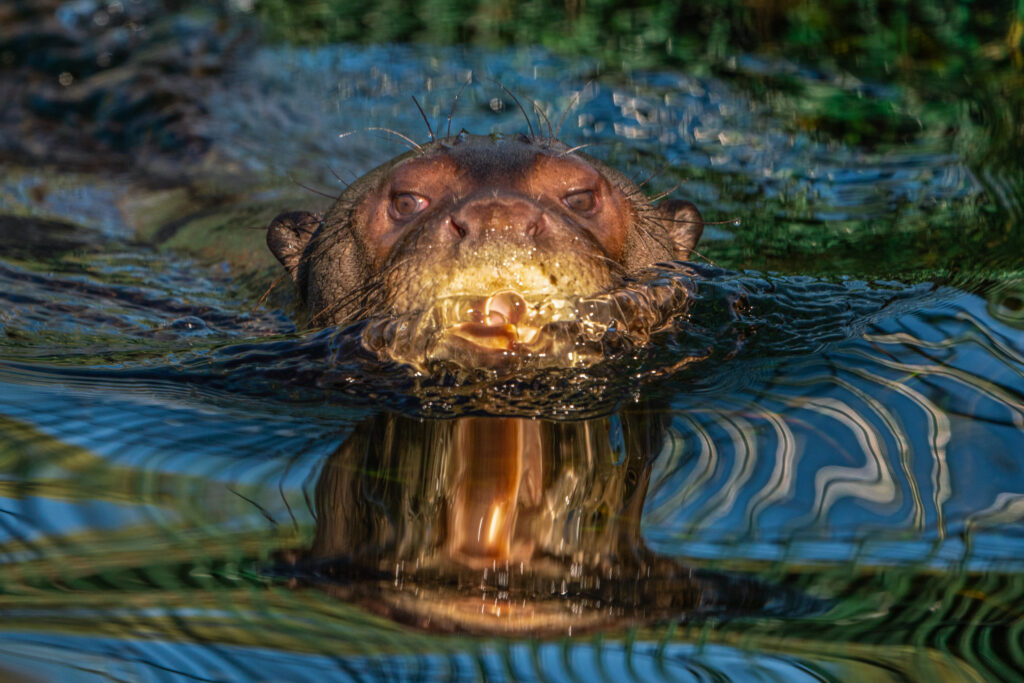 “The first response we hear from bureaucrats when presenting a rewilding project is no. But we do not give up and work our way until we get a yes”

The second challenge is bureaucratic and it is a pain. In Argentina, the provinces have jurisdiction over the wildlife unless you are in a national park; then, you deal with the feds. Every single little thing we need to do when it comes to reintroducing and monitoring a species needs a permit. If you are translocating animals from one province to another or importing animals from other countries, then you need many permits. In general, people in charge of issuing permits to implement rewilding work are afraid of new ideas and strategies; rewilding is both.

Consequently, the first response we hear from bureaucrats when presenting a rewilding project is no. But we do not give up and work our way until we get a yes. But the yes comes with a countless number of requisites that we need to fulfill, and of course fulfilling these requisites means that we need more permits. And this is only for animals. In our projects, we implement cutting edge technologies, which can be purchased only abroad. To import the equipment, you need  tons of paperwork to implement rewilding activities, and I can tell you from experience that it is another awful challenge.

Which species have been the most surprisingly successful or unsuccessful in reintroduction to Iberá, and why?

In 2017-2018, 10 tapirs were released in Iberá. The first year all individuals did great, and some females even became pregnant and gave birth. The first wild tapirs were born, and everything was moving forward nicely. Unfortunately, in May 2019 one male died of a disease that we did not know would affect tapirs. Then others became infected and died despite being treated by our veterinarians. More animals became sick and would not respond to the treatments. Several tapirs died. As a result, we decided to remove the few survivors from the wild and send them back to wildlife shelters. The reintroduction of tapirs was then halted, and the project was suspended because survivors would not develop immunity even after they had been treated and cured. The parasite, a Trypanosoma, is exotic and arrived in the Americas with the cattle. This event hit hard our expectations about bringing back the largest herbivore to the Iberá. But stay tuned, we lost a battle, but we never give up. 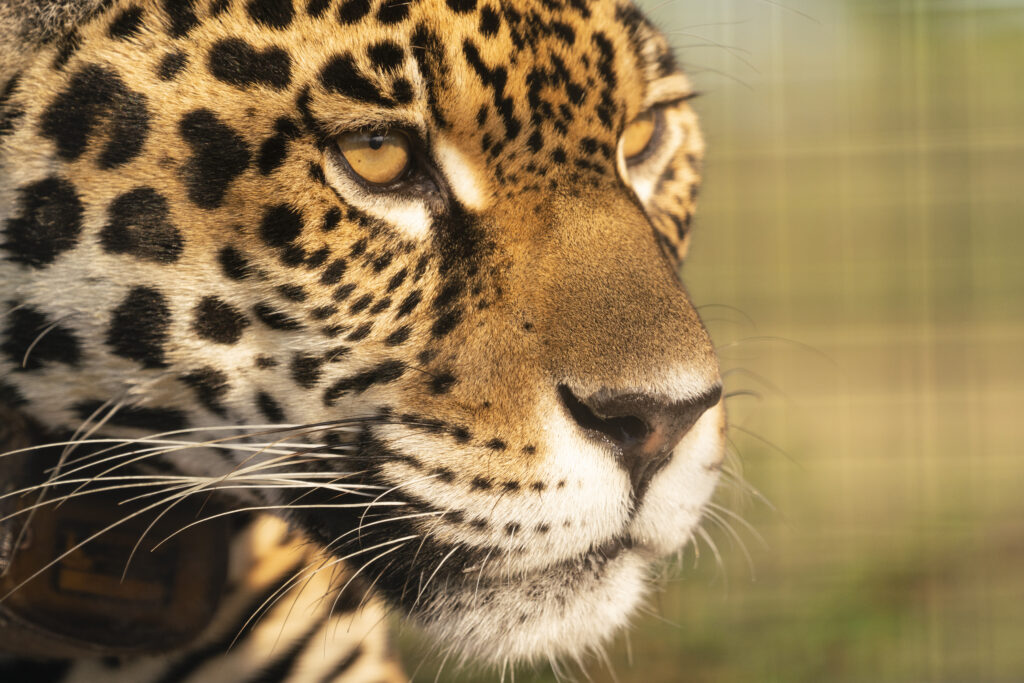 “As jaguars increase their numbers, and they will, they are expected to have profound effects in the ecosystem”

In 2020, and after 10 years of planning and work, four adult jaguars, three females, two of them with two cubs each, and one male, were released into the Iberá wetlands. One of the females had been born in our jaguar breeding center; her sister awaits her time to be released. Releasing jaguars born in our breeding center from captive parents, together with rehabilitated wild jaguars, represented one of the highest achievements of our work. These jaguars have successfully adapted to their life in the wild and are reviving important ecological mechanisms such as predator prey interactions; indeed, jaguars are heavily preying on capybaras, a native prey. As jaguars increase their numbers, and they will, they are expected to have profound effects in the ecosystem. We are gearing up to measure such effects. The return of the jaguar is likely our most successful project to date.

What will be the biggest takeaways from this experience for guests visiting Iberá with Journeys With Purpose?

Guests visiting the Iberá will witness the healing process of a spectacular landscape. After centuries of land ravaging, correntinos are turning the tide and working to restore the beauty of Iberá. Guests will be able to watch species in an area from where those species had been eradicated several decades ago. Guests will team up with our staff in the field to get a firsthand experience of what it means to be a conservation practitioner in Argentina. Above all, guests will be part of a group of people that is putting conservation at work.

What does the future of Iberá look like to you?

In Iberá we are working to restore viable populations of 9+ species of mammals and birds. This is, no doubts, a daunting task plagued with challenges. But our staff with the daring support of the Corrientes people are overcoming these challenges one by one, day by day. Moreover, as the rewilding of Iberá moves forward, local people begin to see the importance of complete fully functional ecosystems, creating positive feedback by which locals support rewilding and rewilding benefits locals. At some point, we will reach our goals and move on to a new project in a different location. When this happens, the future of Iberá will be in the hands of the communities that live in and around the wetland. We know they will fiercely defend this restored land. The future of Iberá is bright. 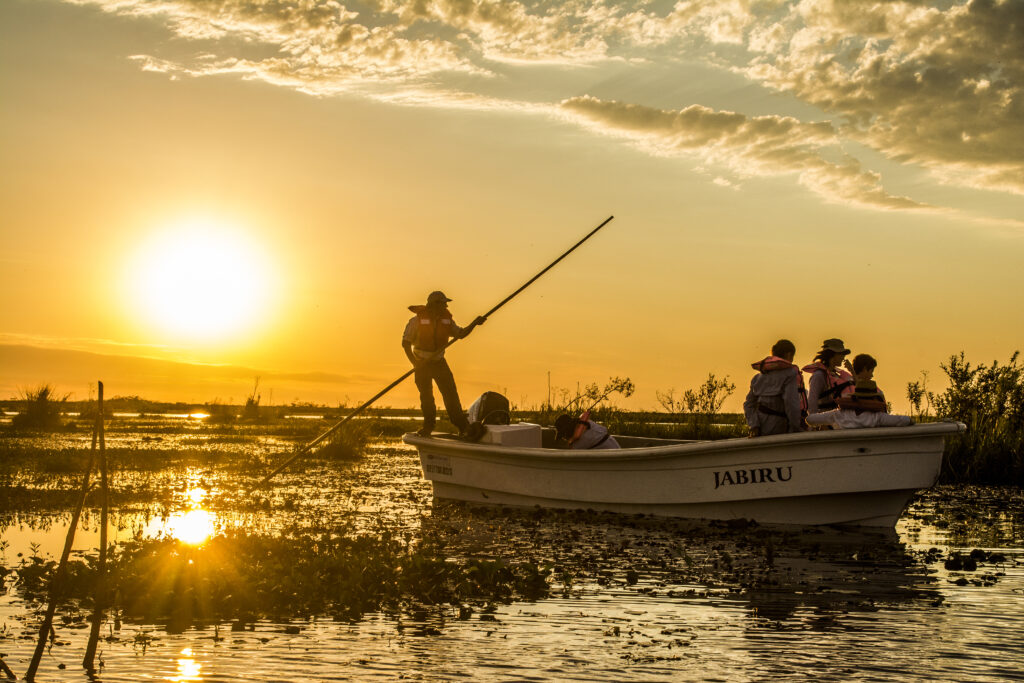 To learn more about this project, or to join us on one of our journeys please head to our website and get in touch today.

At a Glance: Fundación
Rewilding Argentina

OUR FOCUS - THE IBERÁ NATIONAL PARK:

This extraordinary wetland, the largest in Argentina, is home to 30% of the biodiversity in the country including endangered species such as the pampas and marsh deer, the maned wolf and grassland birds like the strange-tailed tyrant.

In 2005, what was to become one of the largest rewilding programs in the Americas was started, with the goal of restoring keystone species that had been extirpated from Iberá through hunting and habitat loss and were extinct in the region, the Province or, in some cases, the country.

As the rewilding program developed, the cultural identity of Iberá began to recover alongside the ecosystems and natural processes, impacting a total population of 100,000 people who surround the park.

Today, Iberá stands as one of the world’s most successful ongoing conservation missions.